Jeffrey A. Tischler is President at Pavaso. He oversees the delivery of quality, stand-alone digital products and solutions at Pavaso, while focusing on integration initiatives that overall digital strategy. Jeff began his career working for one of the “Big Four” accounting firms, where he became a Certified Public Accountant (CPA). He then joined a diversified financial services company which, at the time, was the parent of two title insurance companies, which ultimately merged with a third title insurer to form one of the largest title insurance groups in the nation. As Chief Financial Officer of the group, he played a key role in planning, structuring and implementing the successful integration of the industry-leading underwriting family’s nationwide operations. Entrepreneurial opportunities in financial technology (“fintech”) compelled Jeff to leave the title insurance industry for a time. He became Chief Operating Officer of an early stage fintech company that offered specialized software-as-a-services (SaaS) for commodities options traders. Under his leadership, the company was transformed into a dominant player in its space, growing several-fold, achieving sustained profitability and ultimately being acquired by an industry giant. Jeff returned to the title insurance industry as Chief Financial Officer of one of the largest national title insurance agencies, specializing in large, commercial real estate transactions, which Jeff left to start a consulting firm, providing advisory services to title insurance underwriters, title agents, real estate services companies and the fintech industry. Jeff earned his Master of Business Administration (MBA) degree in finance and accounting from the University of Rochester’s Simon School of Business and a bachelor’s degree in economics from the University of Rochester. He has served on the American Land Title Associations’ Board of Governors in the role of Treasurer.

Mark McElroy began his career in Fortune 100 application development and technology deployment in 1984. He has since been involved in major application development and technology support for Healthcare, Wholesale Distribution and Technologies Consulting that have resulted in countless successful implementations helping businesses save millions of dollars in efficiencies. In 1993 he moved to implementing SAP in large multi-national companies and in 1996 became a partner in IT Services, Inc. where, as a key member of the executive management team, he helped grow that business to $40M in annual revenues by 2000.

In May 2001, along with several other investors, McElroy purchased RamQuest, Inc., a provider of solutions for the title and settlement industry. During McElroy’s tenure as President and CEO, RamQuest increased revenue more than 28 fold achieving 50 consecutive quarters of profitability and establishing a user base exceeding 30,000 users nationwide. In addition, McElroy launched several new products for the title industry.

In 2011, under McElroy’s direction, RamQuest began to widen its focus and develop products and services under the Pavaso brand for vertical real estate markets. In 2014, Pavaso officially separated and launched as its own entity and now operates independently serving the real estate market with McElroy as CEO.

Tim M. Anderson is Senior Vice President of Business Development at Pavaso. He is responsible for developing products, strategies and relationships that drive adoption of Pavaso’s suite of digital products and services. Anderson is well known in the mortgage industry for his advocacy and promotion of innovative technologies that enhance the mortgage process. He brings over 35 years of industry experience on both the lending and vendor sides of the business. Prior to joining Pavaso, Anderson was director of eStrategy and services for a software company specializing in compliant loan document production and delivery. He previously held executive management positions with a national title insurance company and several large financial and technology companies, where he executed strategies to expand eCommerce and support digital transaction management. Anderson is the founder of eMortgage Alliance™ which promotes MISMO® standards for delivering legally compliant paperless processes. Anderson is an active member of the MBA Residential Technology Committee, MISMO eMortgage Workgroup, Electronic Records and Signature Association and the ALTA Technology Committee. He also serves on the vendor technology advisory committees for two government-sponsored enterprises Anderson has served on MBA’s Board of Technology, eMortgage Adoption task force and MISMO Governance Board, as well as on advisory boards for the Financial Services Housing Roundtable and one of the largest technology information companies in the world. Known for promoting strategic applications and trends in technology--including eSign and MISMO category one SMARTDocs®--Anderson has also received several industry awards and accolades. He is a recipient of Mortgage Technology Magazine’s prestigious Steven Fraser Award, was named to Mortgage Professional America’s Hot 100 list and has been recognized as a Mortgage IT All-Star by Mortgage Banking magazine. 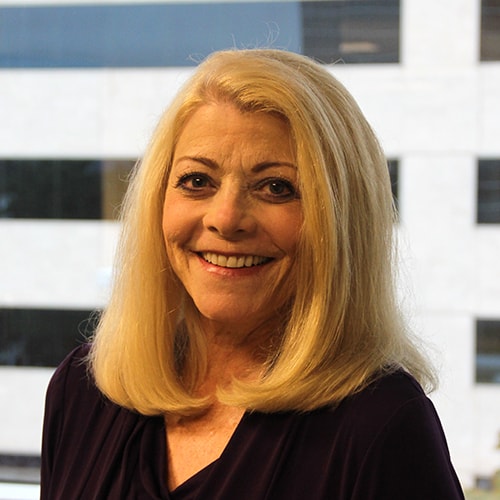 Nancy G. Pratt is the Vice President of Partner Relations and Government Affairs for Pavaso. She provides team leadership in attaining company goals, and manages the strategic relationships for the growth of the company. She is responsible for maintaining the relationships at a Federal and State level and understanding key regulatory issues and laws that pertain to the operations of Pavaso. She is involved with Sales Support and the strategy of the promotion and development of the Digital Mortgage Solutions throughout the Title agent network and lender segment of the industry.

Nancy has over 14 years of experience in the eMortgage/eClosing space, which played a key role in leading the go-to-market and implementation strategies for Pavaso's two CFPB pilots. Nancy has been in the mortgage/title industry for over 35 years and highlights of her career include industry milestones of performing the first complete eMortgage with lenders and conducting the first ever FHA and VA eClosings.

Nancy was named as a Leading Lady in the Mortgage Industry by The MReport in 2015. In 2016, she was a recipient of the 2016 MBA Tech All Star Award and was named as an Elite Women in Mortgage by Mortgage Professional America and was named one of Housing Wire’s Women of Influence in 2017.